News » Guinea – Unitaid and the Global Fund joint visit : a common fight led with the ministry of Health, for access to HIV viral load testing at the national level

Both key partners of the guinean ministry of Health in the fight against HIV / AIDS, Unitaid and the Global Fund organized a joint mission in Guinea from February 20 to February 22, 2018. The mission allowed exchanges with relevant stakeholders in the country to understand the challenges of scaling up viral load testing in Guinea.

The visit allowed several meeting and working sessions with different local stakeholders of viral load testing in Guinea, namely : the National Programs for the fight against HIV/AIDS (PNPSCP) and Tuberculosis (PNLAT), the Ministry of Health, WHO, UNAIDS, CRS, PLAN, DREAM, MSF, the National Laboratory of Public health ( LNSP), the molecular biology laboratory of Donka National Hospital and Solthis. The main goal of these meetings was to review needs, discuss possible collaboration opportunities and define an action plan for scaling –up viral load testing in Guinea.

From these different discussions, the joint team Unitaid/Global Fund phrased recommendations to strengthen the integration of viral load testing in the national health system, to reinforce co-operation with viral load stakeholders in Guinea and promote cross-sectoral collaboration between laboratories to ensure good-quality care of HIV-infected patients. The recommendations also insisted on improving efficiency of the supply chain management and on strengthening laboratories via trainings of their personnel and support health workers and patients to stimulate the demand of the viral load test and the use of its result for the patients’ follow-up.

So many actions that the OPP-ERA project team and Solthis in Guinea can help with in collaboration with local stakeholders to ensure the scaling –up of viral load testing in the country and the transition of the Open Polyvalent Platoforms solution at the national level. 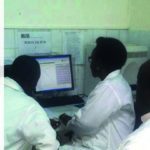 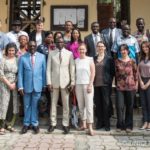